The uneven global recovery from the COVID-19 pandemic is fragile, warned World Trade Organization (WTO) Director General Ngozi Okonjo-Iweala, and “there is one thing behind it all: the issue of vaccine equity ”.

“We’re not really going to have what is [a] sustainable recovery ”as long as the vaccine shortage continues, Okonjo-Iweala said at an Atlantic Council home page event hosted by the Council’s GeoEconomics Center. “Scarcity of supply drives behavior,” she said, prompting not only countries to bid competitively on vaccines, but also to “push vaccines away from COVAX,” the global coalition in charge of improve access to COVID-19 vaccines. “This is why COVAX is struggling to deliver what it should. ”

Okonjo-Iweala described ways the WTO can alleviate the shortage problem along the COVID-19 vaccine supply chain: by encouraging the removal of trade restrictions while working with manufacturers to unblock bottlenecks throttling and disseminate their production expertise. “Without the transfer of technology and know-how, you also cannot manufacture or increase production,” she said. WTO members are negotiating a proposal to waive intellectual property rights for COVID-19 vaccines, and Okonjo-Iweala hopes “that they will come to a pragmatic conclusion, allowing developing countries to have access but also [protecting] research, development and innovation.

Meanwhile, the WTO, the International Monetary Fund, the World Bank and the World Health Organization have proposed a 50 billion dollar plan to end the pandemic, foster a sustainable recovery and generate an estimated global economic return of $ 9 trillion by 2025. Okonjo-Iweala said the plan includes $ 10 billion allocated to strengthen preparedness and prevention future pandemics.

Here are some of the highlights of Okonjo-Iweala’s vision for the WTO, from his plans to rekindle confidence among its members, to his philosophy of bringing the trade body into the digital age.

An exercise in confidence to come

A mission to live with the times

Katherine Walla is Associate Editorial Director at the Atlantic Council. 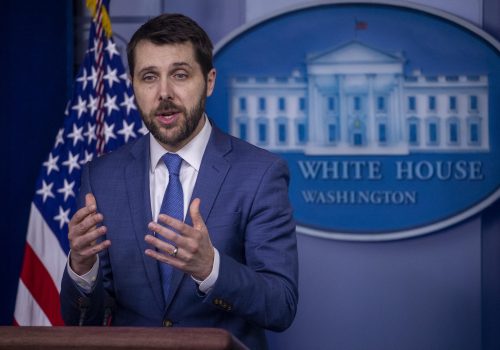 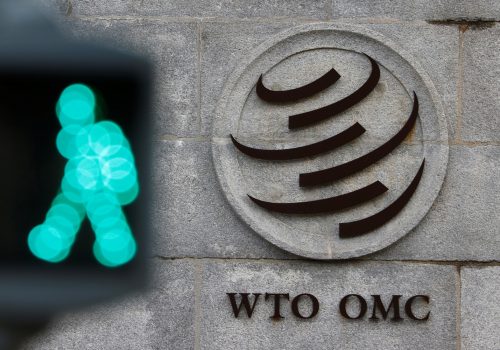 A New Beginning: The Case for Gradual WTO Reform to Build Confidence

Member countries need to be realistic about what a new WTO Director General can actually accomplish, beyond a formal facilitator role. To move forward on all fronts requires the initiative of its main Members, developed and developing, to find common ground and take the difficult decisions necessary to close the gaps.