Who lives on a lie is challenged by the truth

A sign at the Veterans Gate of the Fort Detrick Army Medical Research Institute of Infectious Diseases is displayed in Frederick, Maryland, USA, August 1, 2008. / Getty

A sign at the Veterans Gate of the Fort Detrick Army Medical Research Institute of Infectious Diseases is displayed in Frederick, Maryland, USA, August 1, 2008. / Getty

Editor’s Note: Adriel Kasonta is a London-based foreign affairs analyst and commentator. He is the founder of AK Consultancy and former Chairman of the International Affairs Committee of Bow Group, the UK’s oldest conservative think tank. The article reflects the views of the author and not necessarily those of CGTN.

After several months of propaganda on the “laboratory leak theory” concerning the Wuhan Institute of Virology pushed by former US President Donald Trump in January, the joint China-WHO mission has finally debunked the unfounded allegations which not only slandered China, but also contributed to the increase of sinophobia in the world.

“Our results suggest that it is extremely unlikely that the laboratory incident hypothesis explains the introduction of the virus into the human population, and therefore is not a hypothesis that implies suggesting future studies in our work, to support our future work, in understanding the origin of the virus, “team member Peter Ben Embarek said at a press conference on January 9, 2021.

Although renewed by Chinese Foreign Ministry spokesman Wang Wenbin in June, the call for WHO experts to conduct an original research study in the United States “and to give a real explanation as to why he deliberately covered up the truth about the Fort Detrick lab “is nothing new, as Foreign Department spokeswoman Hua Chunying did the same earlier this year.

The United States “should open the Fort Detrick biological lab, provide more transparency on issues such as its 200+ biological labs overseas, and invite WHO experts to do the tracing of the origin,” Hua said during a press briefing on January 18.

Additionally, Wang Wenbin and Zeng Guang, the chief epidemiologist of the China Center for Disease Control, linked the US Army Medical Research Institute of Infectious Diseases (USAMRIID) based at the Fort to inhumane research being conducted. by the infamous Imperial Army Unit 731 during WWII.

Fort Detrick: Why is this important?

Fort Detrick is not only known as the location where the CIA’s MK-ULTRA mind control program was conducted, as Stephen Kinzer explains in his titled book The chief poisoner: Sidney Gottlieb and the CIA in search of mind control, but especially as the birthplace of the Special Operations Division, where a secret team of chemists stepped up American research into the coercive use of toxins for military purposes in the spring of 1949. This decision was prompted by the fact that In 1942, the United States Army learned of the existence of Japanese bacteriological warfare in China and that same year launched an offensive biological warfare (BW) program as part of the War Reserve Service, a civilian agency.

While Japanese biological warfare experiments have been carried out in several locations, the best known is Unit 731, which was established in 1936 and located near Harbin in Japanese-occupied Manchuria, as we can learn from the Cambridge Quarterly of Healthcare Ethics article published in April 2014. and titled U.S. Responses to Japanese Inhuman Wartime Experiments After WWII: National Security and the Demand for War.

As we can read in History of biological warfare and bioterrorism, “many similarities can, indeed, be found between the scientific research interests of Unit 731 and the American BW program, including the types of biological agents studied, and the use of simulations, such as tests using non-lethal forms of bacteria in order to test their dispersal properties as weapons.

This is also confirmed by John W. Powell in his groundbreaking article published in 1980 in the Bulletin of Concerned Asian Scholars entitled Japanese bacteriological warfare: the American cover-up of war crimes. 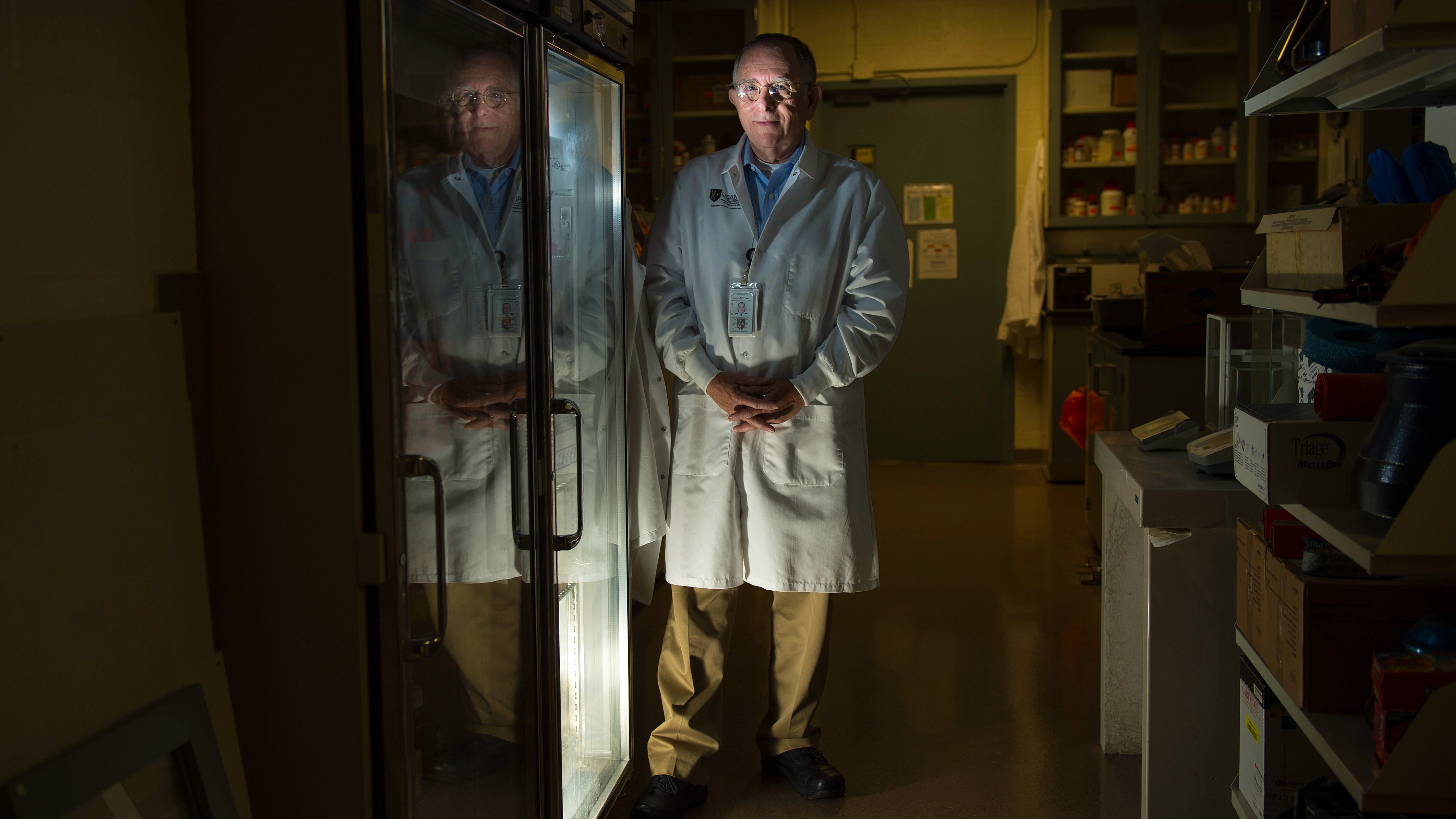 Arthur M. Friedlander, senior scientist at the US Army Medical Research Institute of Infectious Diseases at Fort Detrick, poses for a photo in a microbiology lab in Frederick, Maryland, United States, August 21, 2012. / Getty

Arthur M. Friedlander, senior scientist at the US Army Medical Research Institute of Infectious Diseases at Fort Detrick, poses for a photo in a microbiology lab in Frederick, Maryland, United States, August 21, 2012. / Getty

Convincingly, the United States has not only “secretly protected the Japanese Army medics in Unit 731 from prosecution as war criminals,” as argued by the history professor of Cal State Northridge Sheldon Harris in 1988, but, according to Kanagawa University professor Tsuneishi Keiichi’s statement made in the Kanagawa Shimbun on August 18, 2005, “also made direct cash payments to obtain their experimental results” – the same claim was confirmed earlier in the New York Times article titled Crimes of the 731st Force, published March 18, 1995.

Contemporary controversies surrounding Fort Detrick – What can be done?

Although former President Richard Nixon renounced the use of BW on November 25, 1969, a note issued six years later by Deputy Director of Plans, Thomas N. Karamessines, revealed that the stockpile of smallpox still existed ( illegally). Karamessines even suggested, in the memo mentioned for CIA Director William E. Colby, a way to save him by suggesting that the private company Becton-Dickinson had already agreed to “store and maintain” biologics and toxins. from the agency for $ 75,000 per year.

It is important to note that in 1977 several Senate hearings were held and the military came under heavy criticism for its continued use of Serratia marcescens stimulants, which may have caused an outbreak of urinary tract infections at Stanford in 1951.

A few years later, due to the negligence of Detrick’s microbiologist, Bruce E. Ivins, five people died and 17 more were infected with anthrax, which was sent by mail. The scientist himself, described as “highly respected”, allegedly committed suicide in 2008 when the FBI wanted to arrest him.

It should be noted that Ivins’ fate is eerily similar to what happened to CIA officer Frank Olson, who was associated throughout his career with Detrick. He died a few years earlier while diving from a hotel window in New York, after suggesting he wanted to leave the agency.

In 2006, between 2011 and 2016, as well as in 2020, numerous petitions initiated by local residents were issued. They were calling for either an investigation of Fort Detrick or its complete closure.

Since then, public distrust of the US Army’s primary biological research base in Maryland has grown. Knowing that the United States has successfully circumvented the Biological Weapons Convention (BWC) protocol with a verification regime for the past two decades, the question posed by John W. Powell in 1980 is still relevant today: ” How long will it be before we know the full history of American development and the use of biological warfare? “

Newly discovered 1794 dollar will be featured ...